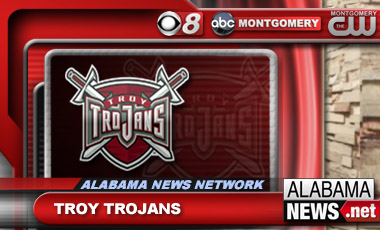 Jordan Chunn rushed for two touchdowns to help Troy became bowl eligible for the sixth time in eight seasons with a 42-28 win over Texas State on Friday.

Chunn set a Troy (6-6, 4-3 Sun Belt) record for touchdowns by a freshman with his 13th in the second quarter. He added another in the fourth quarter on a 1-yard run.

Troy entered the game first in the conference in passing (12th nationally) averaging 324.5 yards per contest. The Trojans’ two quarterbacks, Deon Anthony and Corey Robinson, combined to throw for 297 yards and three touchdowns.

It was senior day for Troy, as 22 seniors played in their final home game.