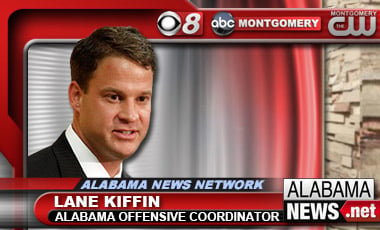 Kiffin spent a week in Tuscaloosa, Ala., last month exchanging ideas with coach Nick Saban and his staff and observing Alabama’s offense.

The 38-year-old Kiffin was 28-15 in three-plus seasons with USC. He was fired five games into last season. He also was head coach at Tennessee and for the Oakland Raiders.

Kiffin spent six seasons (2001-06) at USC under Pete Carroll as an assistant, including the final two as offensive coordinator. He also called plays during his time as a head coach. He spent one season at Tennessee (2009), and went 7-6 before leaving to replace Carroll.