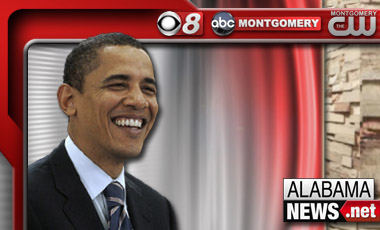 President Obama states in a recent interview with “The New Yorker” magazine that he believes marijuana is not any more dangerous than alcohol. In fact, he says it’s less dangerous.
While he does not argue for legalizing pot, the President admitted to smoking it as a kid. He compares it to cigarettes, which he smoked into his adult life, saying it’s just a bad vice or habit.

We asked our Alabama News Network Facebook fans for their thoughts on the topic.

Tim Dean says, “I think we are at a time where attitudes about marijuana are starting to change. We have seen that prohibition doesn’t work, all it does is fill our prisons that we cant afford to maintain….This is one of the few issues I have to agree with the president on. I personally do not use it, but if another adult wants to in the privacy of their own home, then so be it.”

Joel Borden says, “I think the President is trying to drum up support for the Democrat party. Pretty much everything he does or says is considered in terms of the effect on his party.”

President Obama also said smoking marijuana is not something he encourages and that he told his daughters he thinks it’s a bad idea, a waste of time, and not very healthy.