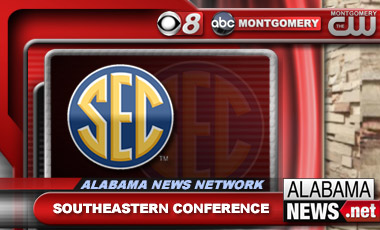 The Southeastern Conference has decided to stick with its current football scheduling format of eight league games and a permanent non-division rival.

The conference’s presidents and chancellors approved the schedule format Sunday at a special meeting in Atlanta.
The one change to the SEC’s schedule format will affect nonconference scheduling. Starting in 2016, all SEC teams will be required to play at least one game against a team from one of the other Big 5 conferences. But even that rule shouldn’t change much. Every SEC school routinely plays at least one team from those conferences per season.
The SEC had been considering adding a ninth conference game and doing away with permanent inter-division opponents such as Alabama-Tennessee and LSU-Florida.
(Copyright 2014 The Associated Press. All rights reserved. This material may not be published, broadcast, rewritten or redistributed.)