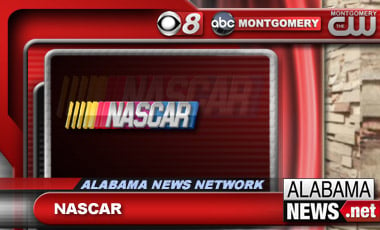 Elliott Sadler won a three-lap shootout to the checkered flag in the Nationwide Series race at Talladega Superspeedway.

The race Saturday was stopped for a little more than nine minutes to clean the track following a six-car accident that began when Jeremy Clement was turning into an outside wall and his car shot back into traffic.
There were three laps remaining on the restart, and Sadler had to throw several blocks to hold off a charge from the pack of traffic behind him.
It was the 10th Nationwide Series victory of Sadler’s career, but first since 2012. He went winless last season in his first year with Joe Gibbs Racing. It’s Sadler’s first career win at Talladega.
Chris Buescher finished second and Regan Smith, winner of last year’s race, was third.
(Copyright 2014 The Associated Press. All rights reserved. This material may not be published, broadcast, rewritten or redistributed.)