ABC Board Hosts Under Age, Under Arrest Program 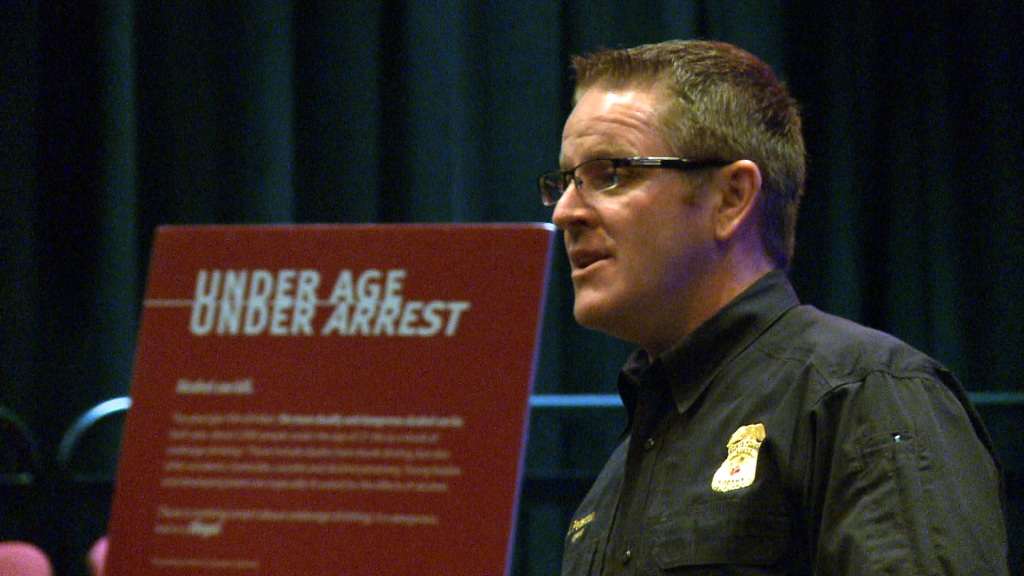 Alabama’s Alcohol Beverage Control Board is working to keep underage teens away from alcohol.

Representatives are traveling the state with the under age, under arrest program.

The program has reached over seven thousand students in Alabama so far.

Today they stopped by Montgomery Academy.

The panel was made up of everyone from Montgomery Mayor Todd Strange to law enforcement officials to church leaders.

Underage drinking is a problem that worries every one of them.

“It’s tragic because in the United States, 38 hundred kids will die, whether it’s through drinking and driving or in the other case, homicides as well as suicides,” said Mayor Strange.

There were a lot of facts and numbers thrown around, but one of the most important was that no matter who gives you alcohol, it’s still illegal if you’re under 21.

Jeremy Peterson is an agent with the ABC board.

He says he’s broken up a lot of house parties and field parties with underage teens.

That’s when many make the dangerous decision to run.

“What we need them to know is in the event that they do contact with law enforcement, yes you will be subject to penalties but we’d rather you spend the night in jail than call your parents later and tell them you’ve been injured or killed,” said Peterson.

The ABC board is taking the lead on this project.

Mac Gipson says control is their most important mission.

That involves keeping alcohol out of the hands of students like these.

“They think they’re invincible without a mind altering drug, and when you add that component to it then I think they put themselves at risk,” said Gipson.

For more information on the program or to schedule a program, click here.