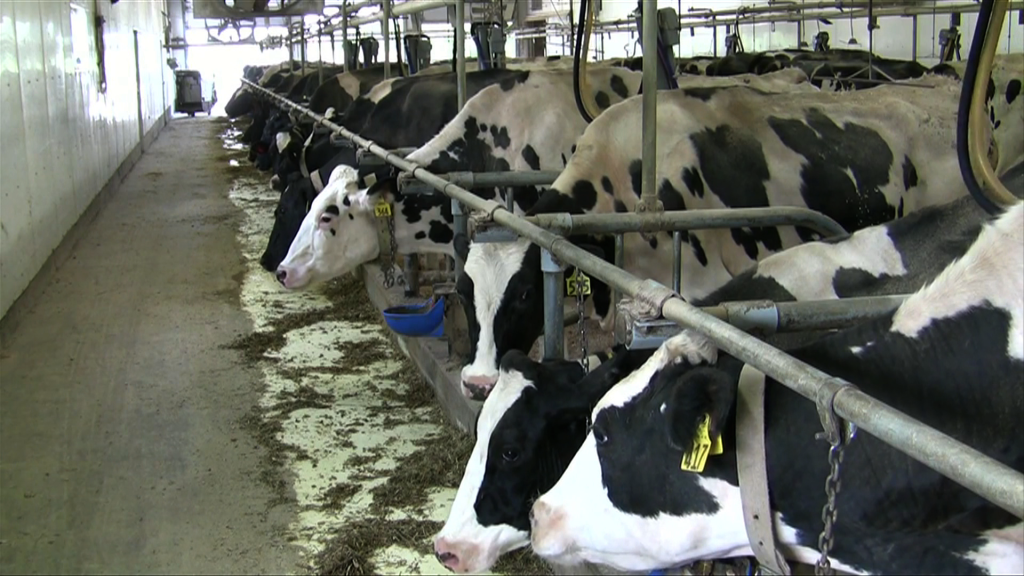 Dairy farmers are breathing a sigh of relief.

It was about a year ago that farmers were in crisis and the price of milk was threatening to skyrocket.

Farmers have since started to recover, but milk prices are still near record highs.
Dairy farmers from across the state gathered in Montgomery today.
Many can remember being stuck in limbo last year waiting for Congress to pass a new farm bill.
Some of the new programs have given their business a new lifeline. That could help your wallet in the coming months.
It takes a lot of hard work to run a dairy farm.
It was just one year ago, government programs that kept milk prices affordable were set to expire which could have sent prices soaring to 7 or 8 dollars a gallon.
However, Congress finally agreed to a new bill giving some relief to consumers and farmers.
Farmers like Will Gilmer.
“The situation on our dairy farms has improved over the last year from the stand point that our milk price has remained stable, as a good price and our feed prices have declined somewhat so we’ve been able to make a little better margin,” said Gilmer.
The bill now includes a safety net for farmers. So if margins drop to catastrophic levels, dairies won’t be forced to close their doors.
Even though things are going well for dairy farmers, the prices here at markets are still pretty high for a gallon of milk. But you’re not the one paying the biggest price.
“Milk is one of the loss leader items that we can afford to take to keep it level,” said Calhoun Foods COO Jimmie Coleman.
Here at his store, you’ll find milk as low as $4.17 a gallon. The store intentionally discounts its milk and loses money to keep customers.
“Well milk is one of your staple items that you definitely got to have. So milk eggs and bread are something that we know we turn a lot so we can afford to sit down and lost a couple percentage there,” said Coleman.
Nationally, one gallon of whole milk costs almost four dollars, the highest since 2008.
Gilmer says he doesn’t expect that to change too much in the near future.
“We’re expecting milk prices to decline somewhat on the farm, still be it a healthy level for farmers. Consumers might see a bit of fluctuation at the grocery store,” said Gilmer.
Categories: Montgomery Metro, News