Could Holiday Trash Lead Criminals To Your Door? 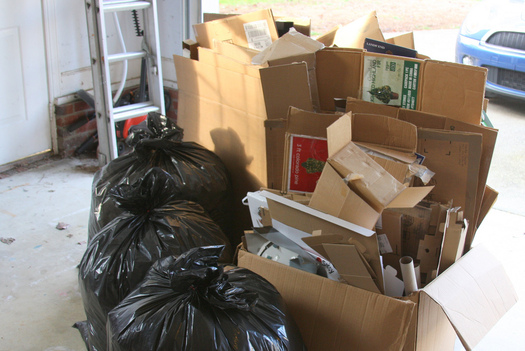 We’re taking action against crime tonight. As you’re opening your Christmas presents and taking your trash out, you may want to think twice. Your pile of paper and boxes in front of your home could make you a target for criminals. Microwaves, bikes, even a TV — those were some of the empty boxes Alabama News Network found right outside several homes in Montgomery. “Right now you’re telling potential burglars, thieves, what you have in your house. They can walk by and they know what you’ve got,” Said Montgomery County Sheriff’s Chief Deputy, Derrick Cunningham. Alabama News Network rode along the streets of Montgomery with Cunningham to find dozens of empty boxes outside homes. He says your pile of paper and boxes in front of your home can speak volumes to thieves. He’s advising you to keep gift boxes and bags out of sight… “They drive around they look for alarm company signs they look for things like this and then they know hey look I may not want to try this house because they’re protected,” Said Cunningham. Something Monica Berry doesn’t take lightly. “Actually, we put them up in bags and smash them and burn them,” Said Berry. But your boxes may give away more than just what you’ve got inside your home. They may also give away personal information. “We’re talking about identity theft. You know, that person will know who you are just by the shipping labels, just by some of the invoices that are attached to these boxes. Shred it burn it cut it up tear it up,” Said Cunningham. “I don’t want anybody having my first and last name because there’s no telling what you can find on Google just with a first and last name,” Said Cunningham. Yet many of you may still want to get rid of your boxes without being a victim of a crime. “The best thing is to get a knife and cut your boxes up and put them in the trash bins so that people that are driving by just don’t see that big box that bulky box. So people won’t be able to see what you just purchased, what you just got,” Said Cunningham. Chief Cunningham also advises you to store your trash away until the day of your garbage pick up. If you see any suspicious activity… Call Crimestoppers at 215-STOP.