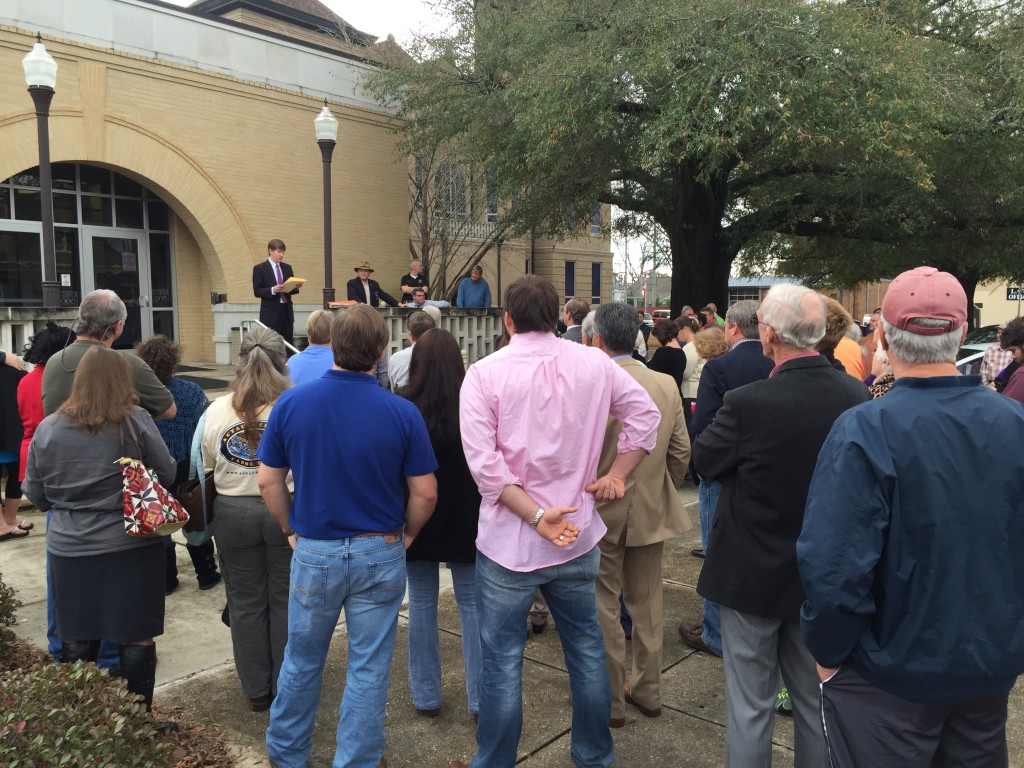 There was a big crowd for the start of the auction on the steps of the Autauga County Courthouse.

Many were worried a private developer would come in to tear down the landmark.
“Everybody’s got Walmart, Target, Olive Garden, and so do we. We have it on the East End. But not everybody’s got the gin shop building. And you’re right, if it had gone to salvage then there would be no heart of prattville,” said David Melling who owns the bed and breakfast downtown.
The auction didn’t take long. Once the bidding actually started, the historic prattville redevelopment authority was the one and only bid for about 1.7 million dollars.
An outcome many people were hoping for.
“Well I think it’s good for Prattville. It’s been a long time coming. Glad to see something finally being done with it, with the structures that we have here. This is really Prattville,” said Al Bock.
The mill has been around since 1848. The property covers about 30 acres, but it’s been sitting in foreclosure.
With all the history the city has lost over the years, Mayor Bill Gillespie is happy to see this part stick around.
“We lost the Daniel Pratt home. I think if it had been the same atmosphere back then we would not have lost that historic piece. Due to fire we lost part of the Gurdey Building so I think Daniel Pratt would be proud,” said the mayor.
But he thinks it’s not just the city’s history that’s being preserved.
“This is significant not only for Prattville, but I think also for the state because prattville has been known as the birthplace for industry in alabama. This is sort of where it started here in Prattville.”
Categories: Montgomery Metro, News