“SELMA” Will be Shown for Free to the Citizens of Selma 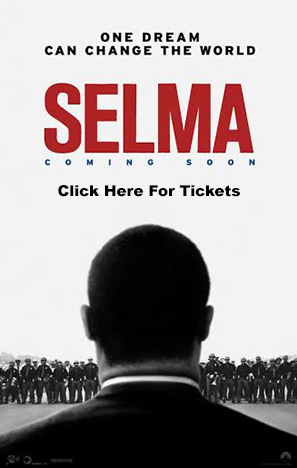 Paramount Pictures, a division of Viacom, Inc. announced today that the Golden Globe nominated film “SELMA” from director Ava DuVernay will be shown for free to the town’s citizens at the Selma Walton Theater in the city of Selma, Alabama beginning January 9th.“With deep gratitude to the people of Selma, Alabama, we are proud to share this powerful film depicting the historic events that took place there 50 years ago,” said Oprah Winfrey on behalf of the film’s producers. “I hope generations will watch the film and share their stories of remembrance and history together.”

Citizens of the city of Selma, AL can get more information and showtimes at http://www.selmawaltontheater.com/