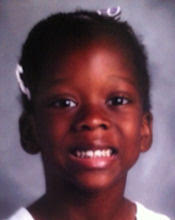 Authorities have canceled their lookout for a 5-year-old Alabama girl after her mother was found slain near Birmingham and her father surrendered in Dallas County.

Police issued an Amber alert for McKenzie Mixon after her 34-year-old mother was found dead Monday.

Officials canceled the notice a few hours later saying the girl was located safely. Hoover police say she is with relatives in Plantersville.

The child was initially believed to be with 34-year-old Jeffery Mixon, who’s identified as her father. The man surrendered at the Dallas County jail, but there was no immediate word of charges.

Police described Mixon as the suspect in a domestic homicide but they haven’t released the victim’s name. (Copyright 2015 The Associated Press. All rights reserved. This material may not be published, broadcast, rewritten or redistributed.)