Suspect in Killing of Auburn Player Appears in Court 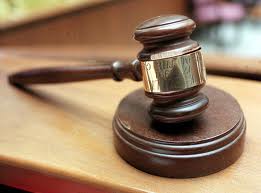 OPELIKA, Ala. (AP) – A judge says grand jurors can consider a murder charge against a man accused of killing an Auburn University football player last month.

The judge ruled Tuesday during a hearing in which a detective testified that 22-year-old Markhale Hart shot 18-year-old freshman Jakell Mitchell during an argument at a party.

The investigator says Mitchell fired about 10 shots himself. But he says he believes Hart opened fire first.

The defense says police have it all wrong and that Mitchell began the shooting. Hart’s lawyer unsuccessfully asked the judge to reduce the charge against Hart to manslaughter.

Mitchell was fatally wounded at the same apartments where two one-time Auburn players and a third man were shot to death during a party in 2012.