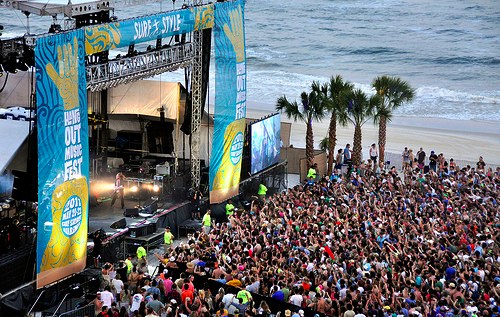 GULF SHORES, Ala. (AP) – Organizers of the sixth-annual Hangout Music Fest have announced a lineup that includes the Zac Brown Band; Beck; and the Foo Fighters.
Al.com reports (http://bit.ly/14PWsrb) that other acts scheduled to perform during the May 15-17 event at Gulf Shores include My Morning Jacket; Paramore; Foster the People; and the Drive-By Truckers.
The full lineup was unveiled on Monday.
The festival began as a way to bring tourists to the beach after the BP oil spill in 2010, and it features Alabama seafood on the concert site.
(Copyright 2015 The Associated Press. All rights reserved. This material may not be published, broadcast, rewritten or redistributed.)
Categories: Montgomery Metro, News, Statewide