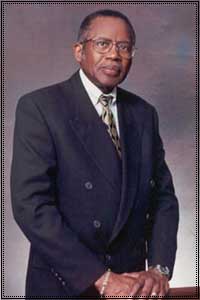 MONTGOMERY, Ala. (AP) – One of the nation’s best known civil rights lawyers will be honored in Montgomery next week.
Officials say a historic marker will be unveiled Feb. 4 at the downtown intersection where Fred Gray’s law office once stood. The site is now home to the state judicial building.
The ceremony is scheduled on the birthday of Rosa Parks, who was one of Gray’s most famous clients. Gray represented Parks when she was arrested for not giving up her bus seat to a white passenger. Her arrest prompted the Montgomery Bus Boycott in 1955.
Gray was also involved in seeking protection for Selma-to-Montgomery march in 1965, and he represented survivors of the Tuskegee Syphilis Study.
The marker honoring Gray is sponsored by the Alabama Tourism Department and the Tuskegee History Center.
(Copyright 2015 The Associated Press. All rights reserved. This material may not be published, broadcast, rewritten or redistributed.)
Categories: Montgomery Metro, News, Video