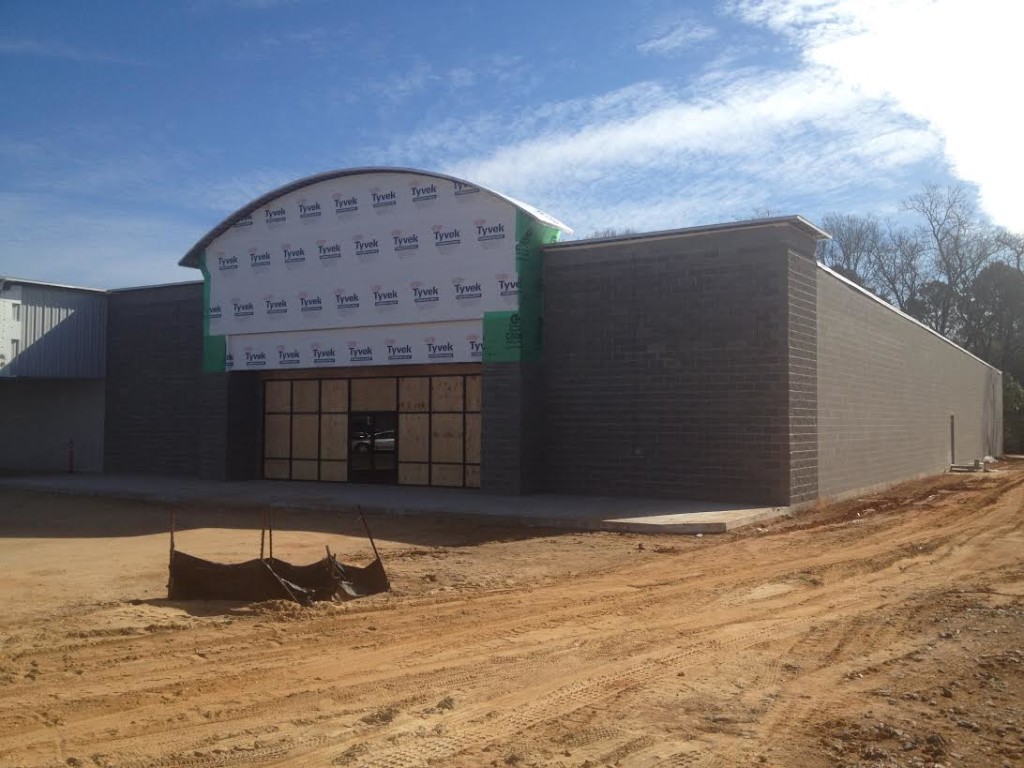 More development is underway on Montgomery’s west side. An additional 13 thousand square feet is being built onto the FairCourt Shopping Center off of West Fairview Avenue and South Court Street.

In 2013, Developer Lee Willcoxon knocked down the old Prado Apartments, with intentions of building on to the FairCourt Shopping Center. Today, an additional 13 thousand square feet has been added.

“I just feel like people in this area deserve a nice, new shopping center.”

Aside from the new addition, old steel columns have been replaced with white brick pillars and some of the crown molding has been repainted. LED street lights will also soon be installed. Residents who frequent the shopping center say they’re impressed with the remodeling.

“The westside is really improving,” says resident Eddie Davis. “I mean, you can look around and look at the building and construction and going down Fairview, it’s improving over here.”

Citi Trends, which is already in the shopping center, will move into the new addition. Willcoxon says he’s now working to find a tenant to move into the old Citi Trends location. Because he’s building near the I-65 corridor, he’s able to get tax incentives through a city program.

“Everyone with the city has just been great to work with,” he says. “They like to see progress over here. We have a lot of progress in east Montgomery but good things are happening over here on Fairview too.”

“We definitely expect the beautification of the corridor to actually bring new revenue to the city.”

Montgomery Mayor Todd Strange says the tax incentives help encourage developers to build on the westside and revitalize the area.

“We’ve put nine different facades on buildings,” he says. “So that has been an effort to clean up. We’ve bought a lot of property, cleaned up a lot of dilapidation. Now we have private development coming in here.”

Construction should be finished by April. This Citi Trends will move to the new addition by July.