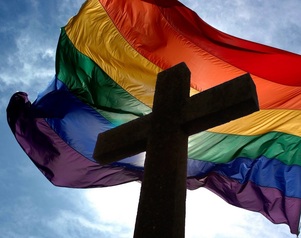 Member of the Pike County faith community takes a stand for marriage equality in front of the courthouse.

Reverend Jeff Byrd says as a religious leader he felt like he had to make a public display.

Byrd says there’s a separation of a marriage contract with the state and the holy matrimony sacrament.

And that denying a same-sex couple their marriage license is a denial of their civil rights.

” I think the Rev. Dr. Martin Luther King once said, injustice to anyone anywhere is an injustice to everyone everywhere. And as a person of faith, we have to take a stance against injustice period.” says Byrd.

Byrd’s been in front of the courthouse since this morning and says people have been very respectful and receptive.