Woman Rescued From Ledge of Cliff Wall After 100-Foot Fall 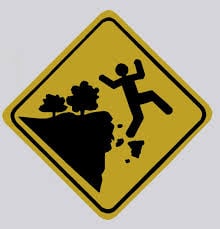 AUBURN, Ala. (AP) – Authorities say a woman was rescued from a cliff wall after falling about 100 feet and becoming trapped on a ledge 60 feet above the bottom of a gravel pit.
Auburn police Capt. William Mathews said rescue crews responded to the rock quarry near Chewacla State Park around 3:30 p.m. Sunday.
Mathews said the 20-year-old woman was injured at the rock facing of the quarry.
The Opelika-Auburn News reports that crews found her injured to the point that she could not climb to the top or come down from the ledge.
Rescuers used a basket to remove her from the cliff. Matthews said she suffered moderate injuries, and was flown by helicopter to Columbus Regional Medical Center in Columbus, Georgia.
Categories: Montgomery Metro, News