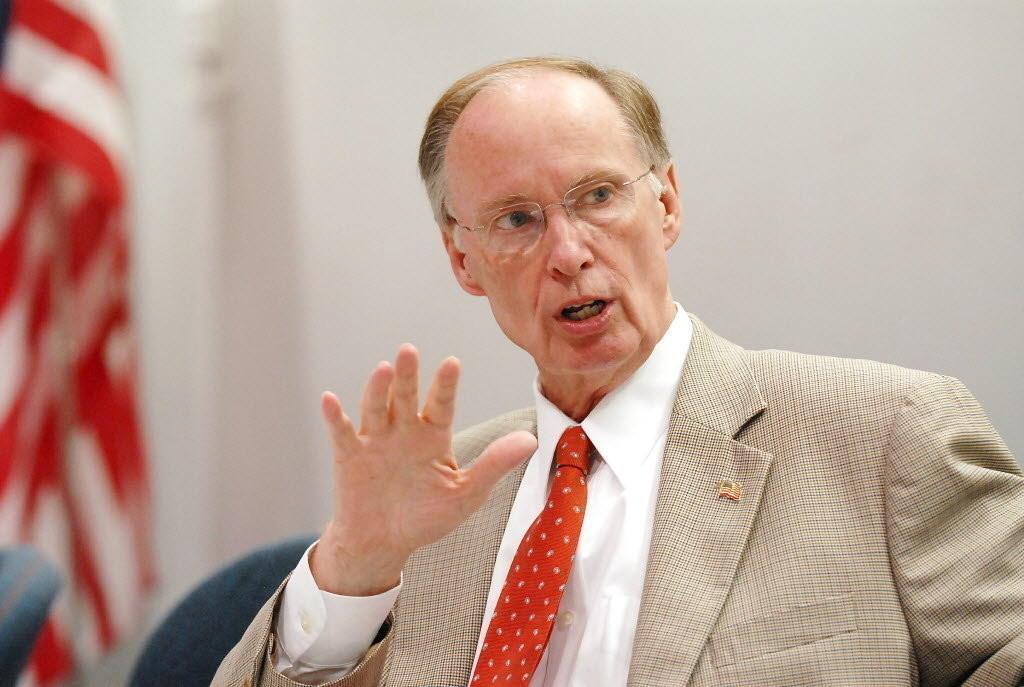 MONTGOMERY, Ala. (AP) – Alabama Gov. Robert Bentley says he’ll ask legislators to approve a $700 million tax and revenue package in the upcoming session.
Bentley said Thursday that he wouldn’t “sugarcoat” the state’s budget situation. He said Alabama needs additional revenue to maintain services. The governor joked it must be true if a Deep South Republican says that raising taxes is the only option.
Bentley is expected to discuss the specifics of his proposals in his March 3 State of the State address on opening day of the legislative session.
Bentley says the proposals will not be presented as referendums and will not include legalized gambling as a potential revenue source.
The governor asked the audience at an early childhood education conference to help persuade legislators who might be skeptical toward the idea.
(Copyright 2015 The Associated Press. All rights reserved. This material may not be published, broadcast, rewritten or redistributed.)
Categories: Montgomery, News, Statewide