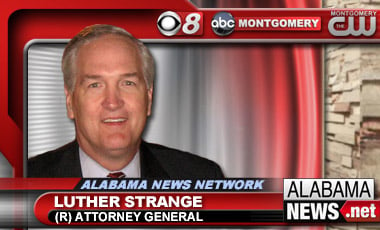 Attorney General Luther Strange is urging the U.S. Supreme Court to uphold a lethal injection drug that Alabama plans to use at is next execution.
The attorney general’s office on Wednesday filed a brief ahead of April 29 arguments regarding the effectiveness of the sedative midazolam in executions. Oklahoma inmates challenged the drug as cruel and unusual punishment after it was used in several problematic executions.
Strange’s office, in the court filing, said the drug has been used without mishap in 11 executions.
Strange in a statement said it was outrageous for convicted murderers to argue that lethal injection has too high a risk of pain.
Alabama last year announced plans to begin using midazolam. However, executions are on hold pending the outcome of the Oklahoma case.
(Copyright 2015 The Associated Press. All rights reserved. This material may not be published, broadcast, rewritten or redistributed.)
Categories: Montgomery Metro, News