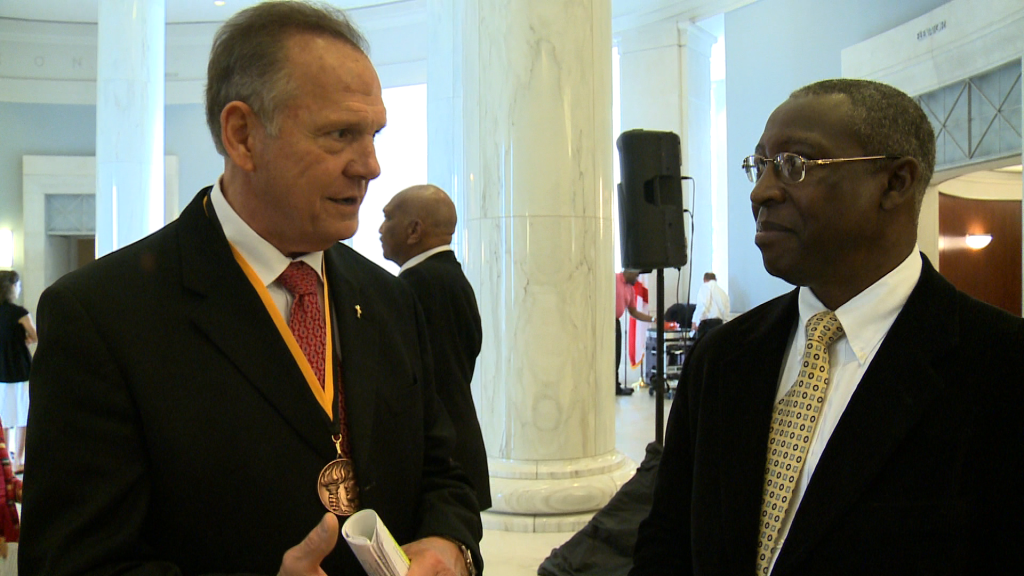 The award was presented by the Coalition of African American Pastors, a national group that’s about 7,000 strong.

The award is called the Letter From Birmingham Jail Courage Award.

It calls back to when Dr. Martin Luther King Jr. wrote a letter about standing up to immoral law while sitting in a jail cell.

“He suffers because of what he believes, he’s persecuted, and he’s going against the grain. Remember, Dr. King’s letter was in reply to his critics who criticized him for what he’s doing. Justice Moore stands out nationwide,” said Owens.

Owens marched in the civil rights movement 50 years ago.

He says fellow activists agree that the struggle for gay marriage is not a civil rights issue.

“Do you compare this? Did you march for this? No, all of them. Some words they used I can’t use. Absolutely we marched that we could have the American dream, that we could go to college, go to the college of our choice,” said Owens.

There have been no same sex marriages performed in Alabama since the state supreme court against a federal order in March.

Probate judges can no longer issue same sex marriage licenses, unless the U-S supreme court says different after a case this summer.

Moore says it’s important for him to keep up his stance.

“This is not about civil rights except the rights that we have about the institution of marriage. That’s being taken away form us and it is a right of all people to enter into the marriage of a man and a woman and I think that’s what the right is about. It’s not about any creation of a right between two men and two women,” said Moore.