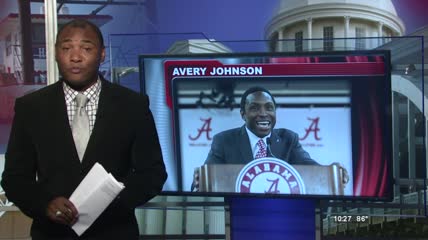 The 5-foot-10 first-year Alabama men’s basketball coach was out on the court teaching nearly 200 kids drills inside Coleman Coliseum.

A number of former players helped with the camp, but Johnson’s focus is truly on developing the current Crimson Tide roster.

“We basically have to retrain these guys on how to play the game,” said Johnson. “Whethere if its footwork, spacing, knowing how to close out on defense, the proper way to box out, theres certain way we like to play the game.”

Alabama’s roster has 12 players on it, including walk-on Lawson Schaffer, and second-year walk-on Christian Clark.

Johnson has room to add two more scholarship players and one of those will be his son, Avery Johnson Jr., a transfer from Texas A&M. Johnson Jr. will have to sit out a season to comply with transfer rules, but will have three years of eligibility remaining.