Two Alabama Players no Longer with the Team 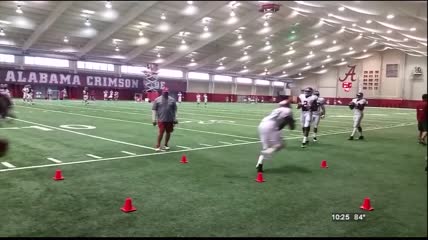 TUSCALOOSA, AL — Alabama announced that one of their running backs and defensive backs are no longer with the team.

Running back Desherrius Flowers is not eligible to be enrolled this fall. The freshman enrolled early and practiced during the spring.

Flowers was considered a 4-star running back by most scouting services. That leaves only two running backs, Derrick Henry and Kenyan Drake, with experience on Alabama’s roster.

Alabama also announced that defensive back Johnathan Cook is no longer with the team. He played three games for Crimson Tide last season.

Chiefs' Harrison Butker coming through in clutch once again