Alabama Will Open 2017 Against Florida State 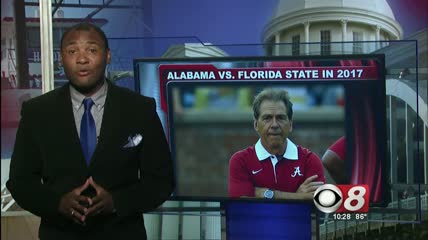 ATLANTA, GA — According to the Palm Beach Post a proposed opener between Alabama and Florida State has been finalized.

The two teams will open the 2017 season against one another in Atlanta. It would be the fifth time Alabama opened a season in Atlanta since 2008.

Nick Saban’s first Alabama team lost 21-14 to Florida State in 2007 when the two played in Jacksonville.

Chiefs' Harrison Butker coming through in clutch once again