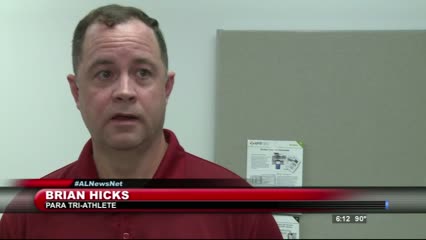 Many military veterans struggle with the effects, both physically and mentally, of their tours of duty.  But one local veteran is getting a big surprise in his journey toward recovery.

Brian Hicks initially wounded his leg when he was accidentally shot with a hunting rifle in 1998. But after a Humvee accident while serving in Iraq, he eventually lost that leg and still suffers debilitating pain.

But despite it all, he’s become a champion para-triathele.

Taking part in triathlons is expensive. That’s where the American Warrior Initiative hopes to help.  The non-profit group, which is spearheaded by the Fairway Independent Mortage Corporaton, decided to fund all of Hicks’ races for the next year and be his sponsor.

“Today is exciting.  It’s nice to not have to worry about what it’s going to cost when you go to the next race,” Hicks told us just after getting the great news.

Police report a second death from a tornado in Gaylord, Michigan