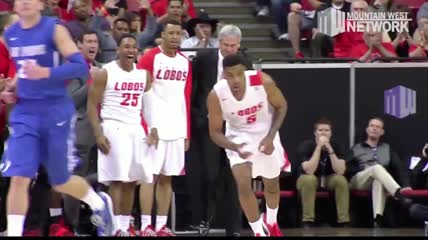 TUSCALOOSA, Ala. – Alabama men’s basketball head coach Avery Johnson announced Tuesday that 6-5, 210-pound guard Arthur Edwards has signed a financial aid agreement and will transfer from New Mexico to the Crimson Tide program for the 2015-16 campaign.

Edwards, who graduated over the summer with a degree in liberal arts from New Mexico, will attend graduate school at Alabama, making him immediately eligible to suit up for the Tide in 2015-16. He brings some much needed experience to the Crimson Tide roster that boasts only one senior (Retin Obasohan) entering the upcoming season.

“We are excited to welcome Arthur Edwards to our program,” head coach Avery Johnson said. “Arthur fills a need for us as he brings plenty of experience, athleticism and leadership to our team. His size and length will certainly help us defensively. He has played in a lot of big games throughout the course of his career and I believe that will only help us this season.”

Edwards played in 38 contests for the Lobos during his two seasons in Las Cruces, N.M., including 22 games during the 2014-15 season. Despite missing eight games last season, Edwards averaged 3.9 points and 2.0 rebounds in 12.0 minutes per game.

Prior to attending New Mexico, Edwards played one season at Northwest Florida State College where he was ranked as one of the top JUCO players in the nation. During his freshman season in 2012-13, Edwards averaged 6.4 points, 3.2 rebounds and 13.2 minutes per game in helping lead the Raiders to a 30-4 overall record and an appearance in the JUCO national championship game in Hutchison, Kan. He went on to earn second team All-Panhandle honors and was ranked as the 60th-best junior college player overall by JUCOrankings.com.

A native of Temple Hills, Md., Edwards played his high school basketball at the National Christian Academy where he was rated among the top-10 prep players in the state of Maryland.