Outside Media Looking In

It was difficult to absorb any online or offline media and not come across the story of Tuesday’s U.S.Senate GOP  primary runoff election.

A CNN  story described the president’s disposition when he went to bed last night after roy moore’s win—“embarrassed and pissed”.

There was this analysis from a former Trump campaign aide quoted in the daily caller website:
“Judge Moore is an American hero who will be a tremendous asset to the president in the senate. so tonight is actually a “yuge” victory for president trump” 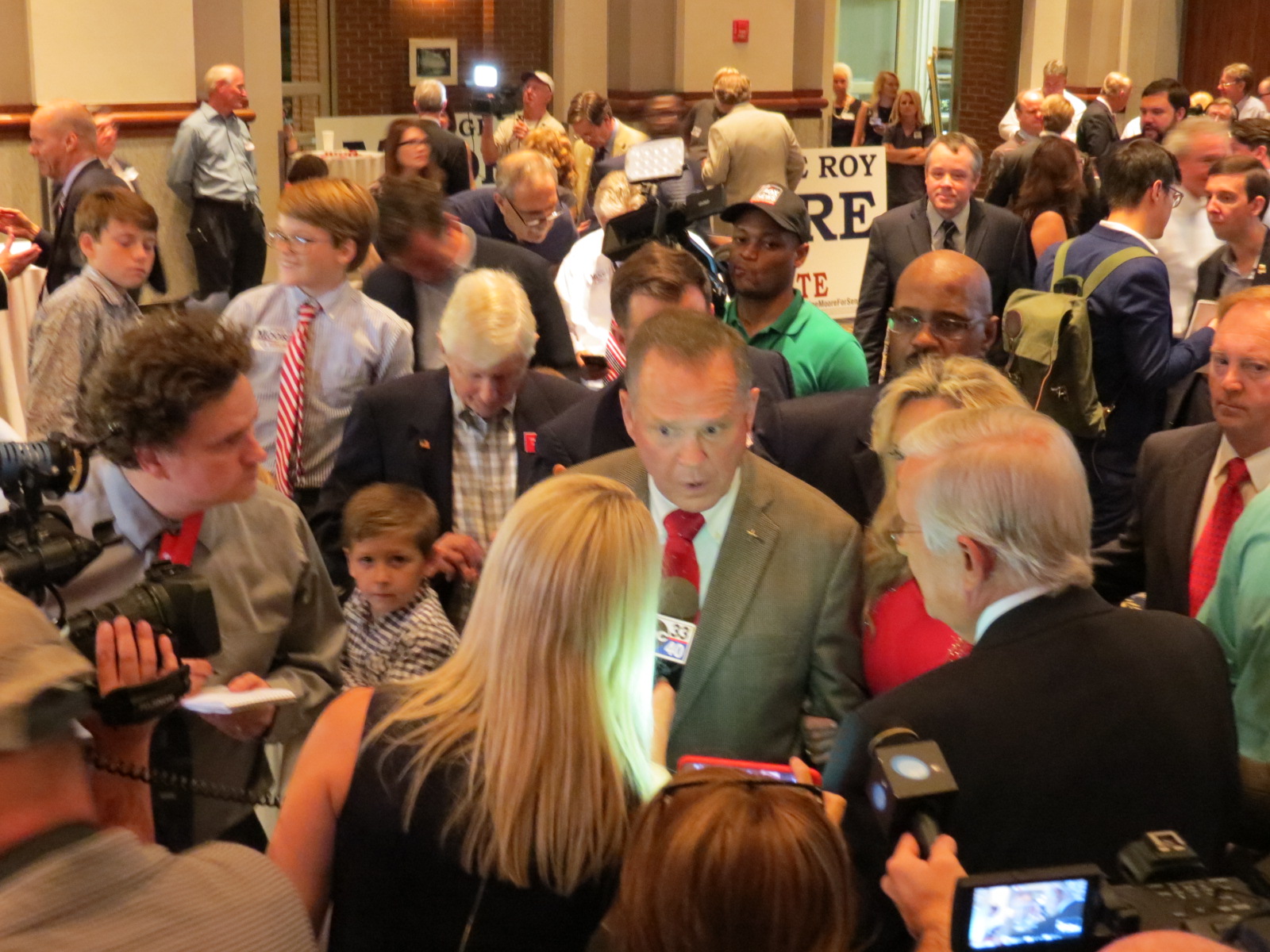 National Public Radio reported:
“The anti-establishment conservative could give republican leaders plenty of headaches if he wins the general election in december.”

from the guardian website:
“socially conservative former alabama chief justice, one of the most controversial us politicians, was removed from state supreme court post twice” politico quoted steve bannon:
the race, he said, centered on the question of “who was sovereign – the people or the money – and alabama answered today, the people.” 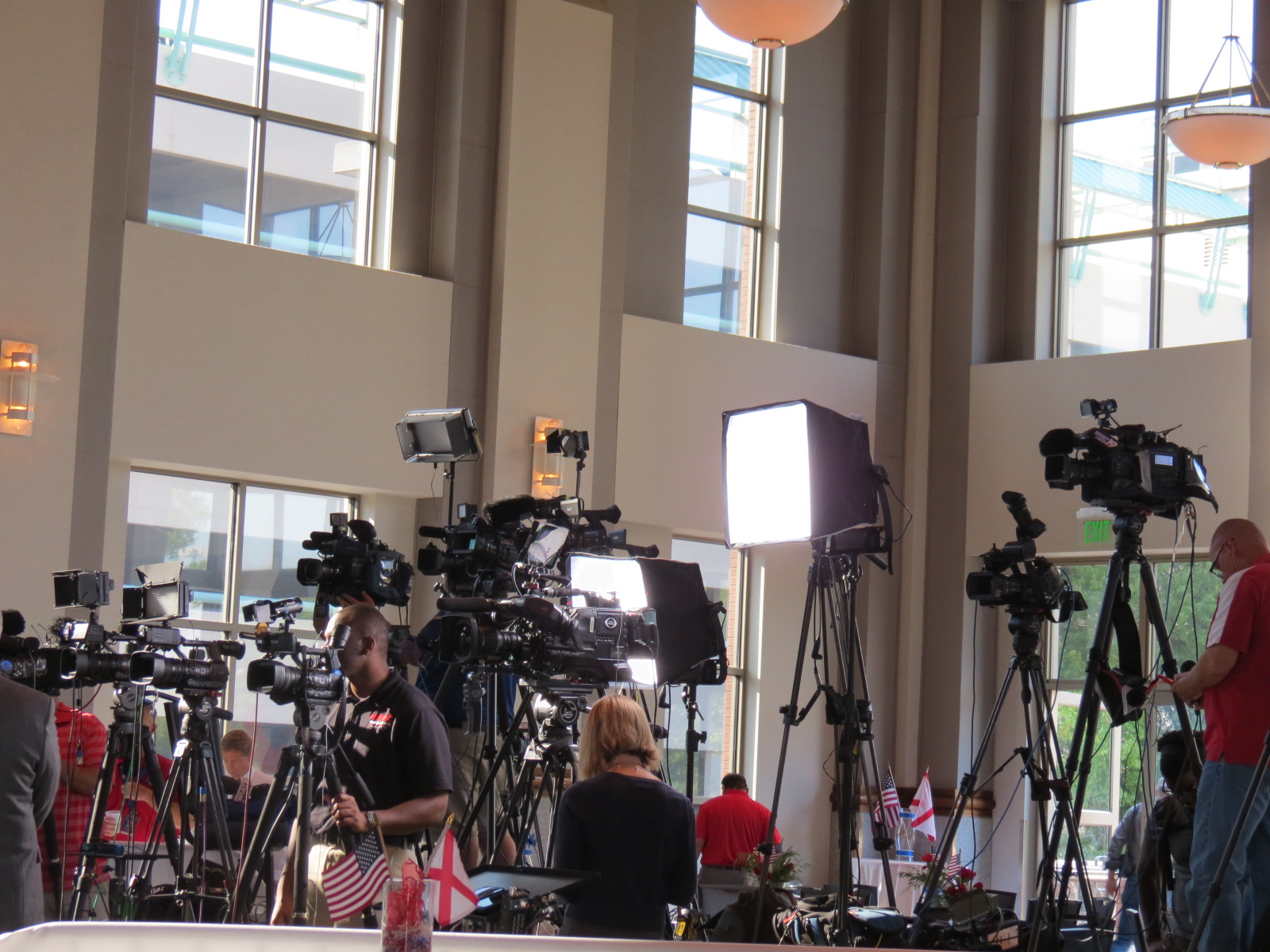 The President deleted some tweets favoring luther strange and eventually replace them with this:

From the magazine Mother Jones: .”Donald Trump broke the Republican Party and Alabama just made it worse:

And the BBC wrote: “getting back in favour with Mr. Moore’s supporters shouldn’t be too hard for Mr. Trump, given there were few who seemed to believe his heart was in the Strange endorsement.
They thought the President was mistaken or being misled, and he would eventually come around. It didn’t take long.” 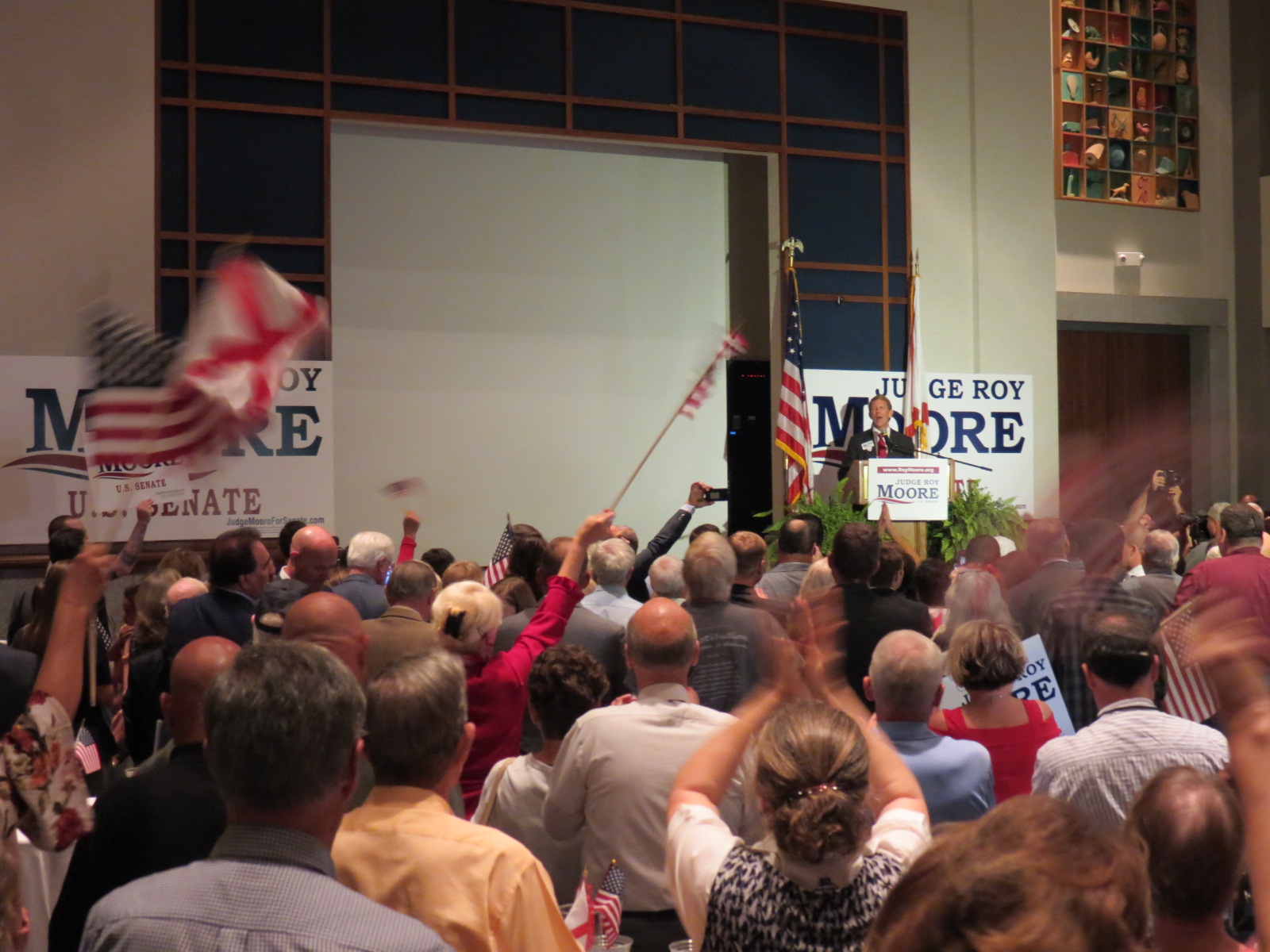 The roy moore fervent supporters who crowded into his victory celebration last night in Montgomery probably don’t give a hoot what the media reported. they had faith in him and his victory and celebrated being right.
what do you think? was the media fair in reporting Roy Moore’s victory? let us know—make a comment at the alabama news facebook site.