Alabama Could be #2 in U.S. Auto Manufacturing!

Forbes says the state would be behind only Michigan.. 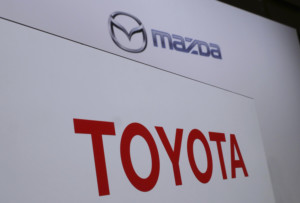 Forbes Magazine considers the existing car manufacturing in Alabama, adds the newly announced Toyota-Mazda plant up near Huntsville and reaches an astounding conclusion: Alabama could be the number two car producing state in the U.S. soon—behind only Michigan, home to the motorcity itself, Detroit.

“Once the factory begins output, the state will pass Kentucky to become the South’s biggest automaker, a forecast from IHS Markit shows. The following year, it will edge out Indiana to become No. 2 in the country, behind only Detroit’s home state.”

“Alabama ranked 44th out of 48 mainland U.S. states in overall manufacturing costs last year, contributing to its appeal, said John Boyd, a site selection specialist based in Princeton, New Jersey, who didn’t work on this deal. Alabama and its neighbors have also pioneered the development of state-run worker training programs, he said.”

The plant in Huntsville is expected to start producing in 2021.

No Rain for Alabama Anytime Soon