The annual Bridge Crossing Jubilee is underway in Selma. The event commemorates the 1965 Selma-to-Montgomery civil rights march and Bloody Sunday.

Each year, the celebration draws people from across the country, including political leaders and other notable people.

The 2018 Bridge Crossing Jubilee is Underway!

The Bridge Crossing Jubilee in underway in a big way!  The Education Summit, the Children’s Sojourn, and the Theater Festival are all in progress and going very well.  “A lot of diverse events for all ages are taking place from morning throughout the evening.   No matter your taste or interests, there is something to meet your taste and fulfill your interests at the Jubilee,” Alabama Senator Hank Sanders said.

This afternoon, former Attorney General Bill Baxley will be inducted into the Legal Guardian Hall of Fame for his role in prosecuting the Klansmen who killed the four little girls at Birmingham’s 16th Street Baptist Church in 1963 and for his leadership over the decades in seeking justice for others.  His induction is at 3:15 p.m. CT today at the National Voting Rights Museum in Selma.   Attorney Adjoa Aiyeterro of Washington, D.C. will also be inducted into the Legal Guardian Hall of Fame this afternoon at the Museum.  She is a leading voice in ending racial disparities in the criminal justice system locally, statewide, and nationally.

Constance Curry, who was the only white woman on Rev. Dr. Martin Luther King, Jr.’s staff for many years, will be inducted into the Women’s Hall of Fame at 3:45 p.m. at the Museum.  Connie Curry also was the first white female to serve on the executive committee of the Student Nonviolent Coordinating Committee (SNCC).

A highlight of today’s activities is the Annual Jubilee Mock Trial at the Dallas County Courthouse from 5:00 to 7:00 p.m.  The issue on trial deals with whether the United States government is liable for the rape of Black women during slavery and Jim Crow.  The goal is to raise understanding of rape and sexual assault.

This evening the young people will have a step show entitled “Stomp Out to Vote” from 7:00 to 9:00 p.m. at the School of Discovery.  This event educates young people about voting.   At that same time, nationally know Rev. Dr. William Barber will be leading Poor People’s Campaign Rally at First Baptist Church at 709 Martin Luther King Street.  Rev. Barber is continuing Dr. King’s Poor People Campaign, which King began shortly before his assassination nearly 50 years ago.  The well-known author and teacher Dr. Cornel West will also be participating, as will be the Rev. Jesse Jackson.

All the above events are open to the public, with the “Stomp Out The Vote” step show being the only event listed above requiring a ticket for admission.  There are also additional events taking place today and continuing through Sunday as part of the 2018 Bridge Crossing Jubilee.  See you in Selma!

For more about this year’s event go HERE. 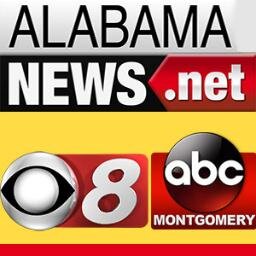 And watch Alabama News Network—the only TV News station with a full time bureau in Selma—for coverage throughout the events.