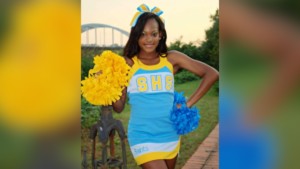 A Selma woman is speaking out about the recent shooting that claimed the life of her 20 year old daughter.

Markisha King says she was on the phone with her daughter, Kenbranesha Rayford, when she was shot.

King says Rayford was driving down the 1500 block of Marie Foster Street when she got caught in the crossfire of a shootout.

“They cowards. Cause if they believe so strongly in what they were doing, and if they was so mad at the other people, why you just don’t walk up to each other and handle it? And quit killing all these innocent people,” said King.

Police say there have been no arrests made in the case but the shooting remains under investigation.

Tropical Storm Wilfred forms in the eastern Atlantic, the latest storm in an active hurricane season

The Latest: Indy to open to fans with October doubleheader