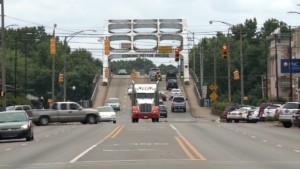 A newly released poverty report lists Alabama as the 6th poorest state in the country.

It also lists Selma as the 9th poorest city in the country.

According to the report, while the total number of Alabamians who live in poverty has declined over the last decade, many of the poorest people are even poorer.

It also looked at poverty rates, median home values and the percent of adults with at least a bachelor’s degree to determine the rankings.

“If you drive down any of these streets you see anywhere from five to ten houses empty and boarded up just about in most every street in Selma,” said Westley Reese.

“So, I don’t know if it’s true or not, but it seems to be something wrong, something ain’t right.”

According to the 2018 Alabama Poverty Data Sheet — 35.4 percent of the people in Selma and Dallas County live in poverty.

The Latest: Lions put Allison on the reserve/opt-out list