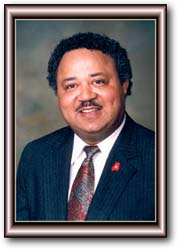 Longtime State Rep. Alvin Holmes (D-Montgomery) has lost the seat he has held since winning it in 1974. His defeat in District 78 is one of the most significant of the Alabama runoffs.

Holmes lost to challenger Kirk Hatcher in the Democratic runoff. There is no Republican in the race, so Hatcher will take the seat.

In other legislative runoffs, State Sen. David Burkette (D-Montgomery) held off State Rep. John Knight in the Democratic runoff for the District 26 Senate seat. This was a rematch of the recent special election. Burkette will move on to face Republican challenger D. J. Johnson in November.

In Alabama House District 77, which represents Montgomery, Tashina Morris defeated Malcolm Calhoun in the Democratic runoff. This is the seat that State Rep. John Knight gave up in order to run unsuccessfully for the Alabama Senate. There is no Republican in the race.

In Alabama House District 82, which represents Macon, Tallapoosa and Lee counties, State Rep. Pebblin Warren (D-Tuskegee) held off a challenge from former state representative and former Tuskegee Mayor Johnny Ford, who had hoped to make a political comeback in the Democratic runoff. There is no Republican in the race.