Another Montgomery County School Board Member Goes Down in Defeat 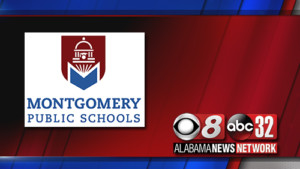 In another sign of the dissatisfaction with the performance of Montgomery Public Schools, another school board member has gone down in defeat. This time, it was school board President Robert Porterfield.

Porterfield was defeated by challenger Claudia Mitchell in the Democratic runoff for District 6. His defeat adds to that of board member Melissa Snowden, who lost her Republican primary race to Jannah Bailey last month.

A third board member, school board Vice President Lesa Keith, who’s a Republican serving District 1, will face a re-election battle in November against Democrat Marcus Vandiver.

Because District 2 board member Durden Dean and District 3 board member Eleanor Dawkins aren’t seeking re-election, there will be at least four new board members after the November election.

Two board members, Mary Briers and Arica Watkins-Smith, are in terms that don’t expire until the 2020 election, so they will remain on the board.