Secretary of State Explains Reason for Voting Issues in Montgomery 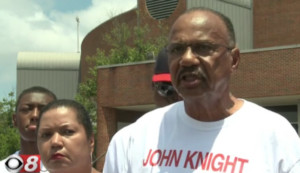 As Alabama News Network has reported, State Rep. John Knight (D-Montgomery) says he had problems while trying to vote in the state runoffs on Tuesday. Apparently, he wasn’t alone.

Knight is a Democrat and wanted to vote in the Democratic party runoff. But when he got to the polls at Alabama State University on Tuesday, he says that he was told he couldn’t get a Democratic runoff ballot because he was told that he had voted Republican in the June 5 primary.

Merrill spoke with Alabama News Network late Wednesday afternoon and said his employees had determined it was a “mechanical-electronic human” error…caused by the paper polling books Montgomery County uses, in which workers use a highlighter on the books. Those pages are later scanned into an electronic record.  Merrill says he will meet with Montgomery County Probate Judge Steven Reed soon to discuss the issue.