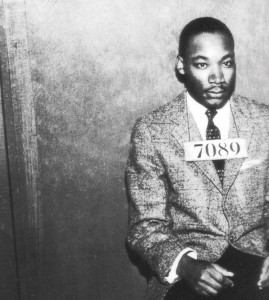 ATLANTA (AP) – A 1966 letter from the Rev. Martin Luther King Jr. is up for auction for the second time in two weeks.

The letter contains King’s thoughts on the Vietnam War a year before he publicly spoke out against it.

The Atlanta Journal-Constitution reports that Era Blakney, the letter’s recipient, sold it at auction last week for $6,500. Now it’s being auctioned again, with requests for a starting bid of $95,000.

Gary Zimet, a memorabilia dealer, is trying to flip the letter for a profit.

In the letter, King responds to Blakney’s criticism of his thoughts on the Vietnam War. She told the newspaper that King’s response changed her opinion.

Blakney told the newspaper she reached out to the exclusive licensor of the King estate several times, but never heard back.