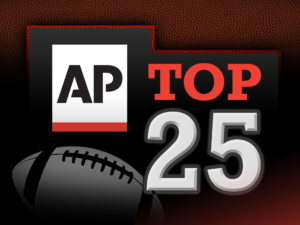 Alabama will begin its quest for a second consecutive national championship with a rare feat.

The Crimson Tide is just the second team to be ranked No. 1 in the preseason Associated Press Top 25 poll for three straight seasons. Alabama received 42 out of 61 first-place votes.

The preseason AP poll started in 1950 and since then only Oklahoma from 1985-87 had started No. 1 in three straight years until now.