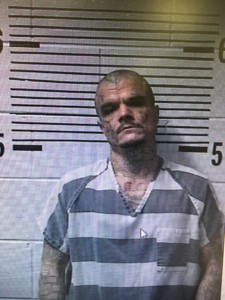 Elmore County authorities have arrested two people in connection with an attempted murder and robbery.

Elmore County Sheriff Bill Franklin tells us 32-yea-old Jason Mann and an unnamed 16-year-old went to a home in the 6000 block of Holtville Road in Elmore Sunday night and picked up two people. Mann then took them to a gas station where he made one of the victims withdraw money from an ATM. The two victims were able to run away.

Mann and the 16-year-old then left the gas station in their vehicle and wrecked. A man stopped to help with the wreck and Mann asked to use his cellphone and when he refused, Mann stabbed him 7 times.

The victim is in the hospital listed in critical condition.

Mann and the 16-year-old were later arrested and are currently in the Elmore County Jail.

Stay with Alabama News Network for more details as they become available.