Drought Returns to Parts of Alabama 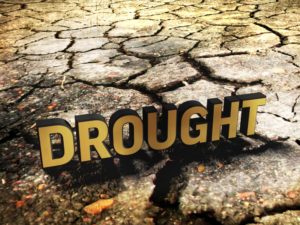 A new federal assessment says drought is creeping back into Alabama.

The latest report from the National Drought Mitigation Center released Thursday says parts of five counties in northwestern Alabama are in a moderate drought.

Most of the Tennessee Valley region also is abnormally dry, as is much of Baldwin County on the coast.

The area affected by drought is relatively small, but the U.S. Drought Monitor estimates that more than 65,000 people live there. The region includes western portions of Lauderdale, Colbert, Franklin, Marion and Lamar counties.

The review doesn’t include rain that Tropical Storm Gordon dumped on the state as it came ashore this week. But October is typically one of the driest months in Alabama, so conditions could get worse.

Subtropical Storm Alpha forms in the Atlantic; it's only the 2nd time storm names have had to use the Greek alphabet

2nd death related to Hurricane Sally reported; officials say it was someone involved in storm cleanup

The Latest: Irish rugby ‘under threat’ unless without fans