Supporters of man charged with defacing statue gather in Montgomery. 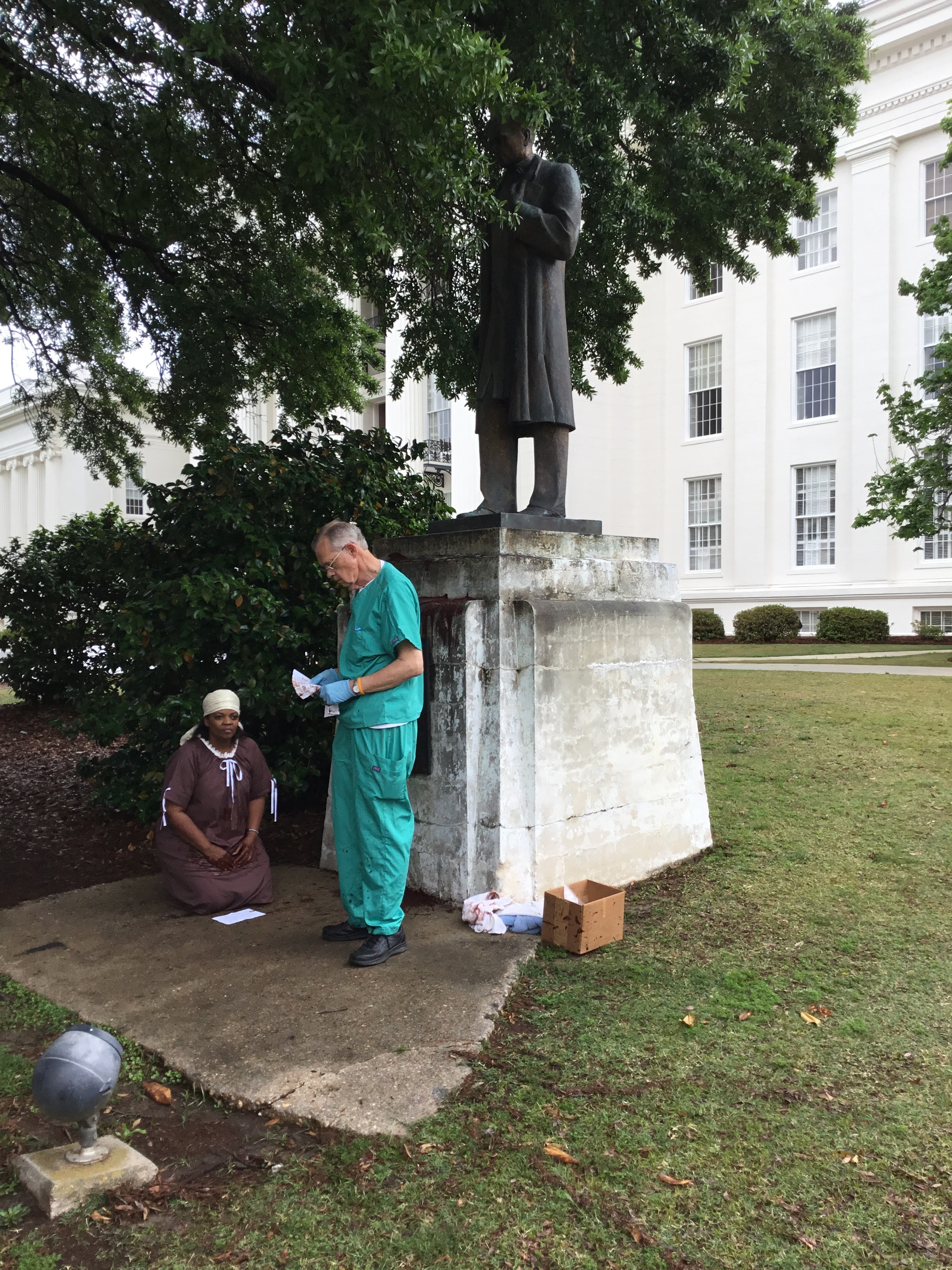 Jon Broadway admits he spread some ketchup on the statue of Dr. James Marion Sims on the Alabama Capitol Building grounds during a protest against Sims, who Broadway says operated on enslaved women without anesthesia during experimental surgery. He was arrested by Montgomery police officers and charged with “criminal tampering”

Broadway met with supporters today, saying he does not think the city will drop the charges and he is prepared to go to court a week from Monday.