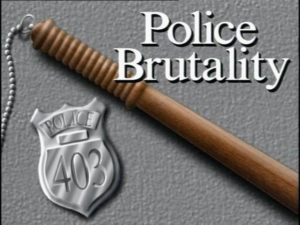 On June 8, a federal jury convicted Huntley of one count of violating an individual’s civil rights resulting in bodily injury.

According to evidence presented at trial, on December 24, 2014, Huntley arrested a man who scuffled with police near the Tuskegee town square and directed a fellow police officer to transport the arrestee back to the Tuskegee Police Department for booking. Once there, Huntley sprayed pepper spray in the arrestee’s face, even though the arrestee was handcuffed and following police instructions. Huntley then took the arrestee inside the police station, where Huntley knocked the still handcuffed arrestee to the ground, stomped on him, and repeatedly kicked and punched him. In between blows, Huntley stood over the arrestee and yelled threats at him as the arrestee screamed in pain. A police officer recruit who witnessed the beating was so horrified that he secretly audio-recorded the assault on his cell phone and subsequently provided the recording to federal authorities.

“The vast majority of our police officers are dedicated to protecting and serving the public with strength, courage, and valor. Unfortunately, Mr. Huntley was not so dedicated,” said U.S. Attorney Franklin. “Police officers have an increasingly difficult job. This office will strive to support our law enforcement brothers and sisters, but will also prosecute those law enforcement officers who abandon their oath to protect and serve and chose to engage in criminal conduct that they are sworn to oppose.” “Lady Justice wears a blindfold for a reason, and a violation of someone’s civil rights by a sworn law enforcement officer cannot be tolerated. The FBI will continue to pursue these types of cases with all available resources,” said FBI Special Agent in Charge James Jewell.

“This defendant abused his police powers by beating a restrained man in his custody,” said Acting Assistant Attorney General John Gore. “The Department will not tolerate such abuses, and will continue to vigorously enforce our nation’s laws and hold officers who break the law accountable.”

The Federal Bureau of Investigation (FBI) investigated this case with assistance from the Alabama State Bureau of Investigation. Trial Attorney Samantha Trepel of the Justice Department’s Civil Rights Division and Assistant United States Attorney Denise O. Simpson of the United States Attorney’s Office for the Middle District of Alabama prosecuted the case.

What the Tech? Action Taken Against Parler Social Media App

What the Tech? App of the Day: Reface

The global death toll from the coronavirus has topped 2 million, according to Johns Hopkins University data