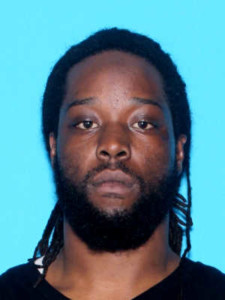 At approximately 4:00 PM Thursday afternoon, Andalusia police officers responded to a call of a domestic dispute that resulted in gunfire, on Murphree Drive in the Westhaven Apartment complex.

Preliminary investigation reveals two subjects got into an altercation. One of the men retrieved a pistol from his vehicle, fired into the air and fled the scene. Fortunately, no one was injured in this incident.

Investigators have identified the subject who fired the shot and fled the scene as Deion DaShay Akins, 25, of Andalusia.

The firearm, a 9mm pistol, was located and found to have been stolen from Hoover. Warrants have been obtained for Akins arrest. He is being charged with receiving stolen property 4th degree and discharging a firearm inside the city limits.

Akins turned himself in to authorities Friday morning.

Sunny And Mild Today, Rain And A Cold Front Tonight