Two more family members have been arrested after a teenager was found naked and chained in his Prattville home last month. Authorities say it’s two of the the boy’s uncles.

Douglas Gene Phillips (left) and Matthew Allen Phillips (right)  are each facing one count of aggravated child abuse after their arrests Friday. 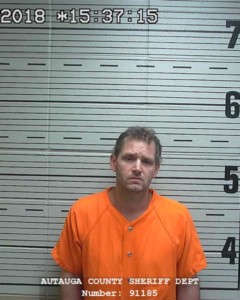 Douglas Gene Phillips, charged with aiding and abetting after nephew was allegedly tortured in a Prattville home. 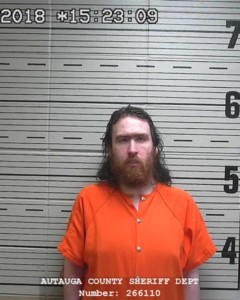 Matthew Allen Phillips, charged with aiding and abetting after nephew was allegedly tortured in a Prattville home

The two were taken into custody just one week after their nephew’s mother, step-father and grandmother were arrested.  The Autauga County Sheriff’s office largely credits their arrests to an anonymous tip of “possible child abuse”.

Investigators say one of uncles lived in the house that their nephew was removed from, and one lived in the shed outside of the house.

According to Autauga co. Sheriff Joe Sedinger, there is no bathroom or running water in that shed and the suspect would have had to come inside of the home. That’s one of the reasons authorities believe they both had knowledge of their nephew’s abuse.

In an earlier interview Douglas Phillips told Alabama News Network, that he had no knowledge that his 13-year-old nephew was being abused in the home. Phillips said he lived next door and was pacing the property where the three suspects, including his mother and sister were arrested the day before.

“Oh, I didn’t know about that, until yesterday” he said when asked if he knew that his nephew was being kept “naked and chained with a padlock around his ankles” as investigators described in a press conference just moments before.

When asked if the discovery was upsetting or whether he felt the conditions were appropriate he replied “yea, it’s a little bit upsetting”.

Phillips also told us that his nephew was “severely mentally handicapped” and living with Cornelia de Lange disease. He said he had witnessed his nephews refusal to relieve himself in a bathroom; insinuating that the chains were an attempt to keep him from defecating around the house.

“I think maybe they overreacted” said Phillips referring to the boy’s mother, step -father and grandmother who were were initially charged with torture/willful abuse of a child.

The charges were soon upgraded to 2 counts each of aggravated assault after investigators revealed the teen had been chained there for over 18 hours, before they arrived, and that the teen was forced to sleep in a dog crate.

Both suspects were granted a $30,000 bond each, though Matthew Allen Phillips has since bonded out of the Autuaga County Jail. The other 3 suspects had their initial bonds of $15,000 each increased to $30,000 each at their initial court hearing after a judge heard more details in the child abuse case. Sheriff Joe Sedinger says the case will go before a grand jury, likely next February.

In addition to the teen found chained in the home, two other children were also removed. All three remain in custody of The Department of Human Services.