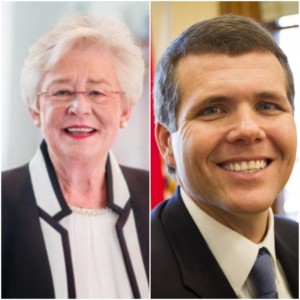 Alabama Gov. Kay Ivey has extended her fundraising lead in the race for governor.

Ivey’s largest September contributors were businesses and influential political entities, including $25,000 each from the Alabama Farmers Federation, Drummond Coal, Blue Cross and six other companies and PACs.

Maddox largest contributors were $150,000 from PACs run by Tuscaloosa accountant Mike Echols and $15,000 from Greenetrack dog track and bingo hall.

Ivey has raised $6.1 million for her campaign, although part of that was spent during the GOP primary. Maddox has raised $2 million.

With her financial advantage Ivey started a new campaign ad this week. Both candidates have about $500,000 remaining.