Jones and Maddox Call Out Governor Over Uniontown Sewage 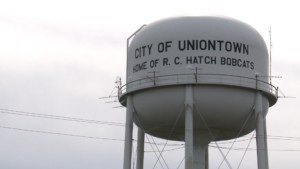 They say the Uniontown community has been suffering from environmental injustice. They say federal funds are now available to help fix the problem.

The city has been plagued with waste water and sewage problems for decades.

“Right now though, this money’s going to be lost. This was FY18 money. This money will be lost if the governor does not act very, very soon,” said Jones.