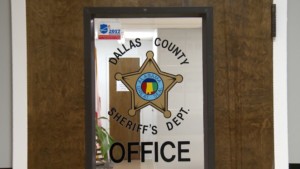 A Dallas County man is shot and killed — and the night club where it happened — is burned to the ground.

He says Powell had allegedly pulled out a gun and was attempting to shoot — when he was shot.

Granthum says the very next day — the club caught fire and burned to the ground.

“We don’t think it was by coincidence or by an accident that that burned,” said Granthum.

“I mean, it would be a mighty big coincidence if that happened.”