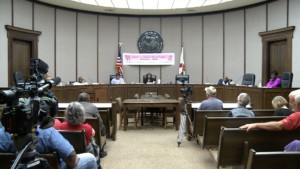 About 70 city employees in Selma — have been laid off from their jobs — just as the holiday season is about to get started.

City officials say the layoffs are necessary — because of a lack of funds.

They passed out layoff packets to affected city workers about two weeks ago.

The police and fire departments were not affected.

<“At this point the layoffs aren’t affecting public safety. So, we’re not seeing any layoffs in the police department. Neither arresting officers or civilian employees,” said Police Chief Spencer Collier.

So far, there’s been no word from city leaders — as to how long the layoffs will last.