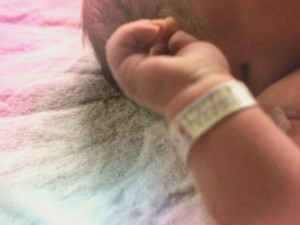 The Alabama Dept. of Public Health has announced that the state infant mortality rate has fallen to the lowest level in history. Alabama News Network was at the State Public Health Committee meeting this morning in Montgomery when the announcement was made.

State health officials say there have been many positive developments. Teen births and smoking during pregnancy are continuing to decline. The percentage of births to teens (7.3) and the percentage of births to mothers who smoked (9.6) are the lowest ever recorded in Alabama, with the largest decrease among teen mothers. There was also a decline in the number of infants born weighing less than 1,000 grams and infant deaths to those small infants.

While there was a significant decline in infant mortality, the percent of low weight births and births at less than 37 weeks gestation remained the same, according to the new statistics. Between the years 2015 through 2017, the combined rate of 8.3 was tied with the years 2009 through 2011 as the two lowest three-year rates of infant mortality in Alabama.

State Health Officer Dr. Scott Harris said, “We are encouraged with the progress in improved pregnancy outcomes we are seeing, but many challenges remain such as addressing persistent racial disparities, the opioid epidemic and ensuring access to healthcare.”

Components of the pilot project being conducted in Macon, Montgomery and Russell counties include home visitation, preconception and interconception health care, screening for substance use, domestic violence and depression, safe sleep education, and breastfeeding promotion.

These top causes of infant deaths parallel those for the U.S. as a whole in 2016.