The Millbrook Police Chief is Warning Against Street Justice.

The warning follows a shooting with an uncooperative victim. 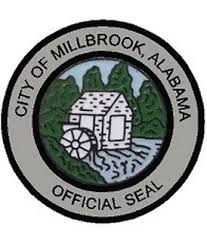 Millbrook Chief P.K. Johnson says the 26 year old man was shot in the leg in the Sandtown nneighborhood today, but is refusing to cooperate with authorities, saying he’ll handle it himself. That prompted this warning from the chief.

We will be stepping up patrols in the area and our officers will address any and all violations observed. Everyone that lives in that area is not a criminal or involved in drug activity and they don’t want this kind of mess occurring in their neighborhood. We are here to assist any anyone pursue justice when they are made to be a victim of a criminal offense. A person has a right to defend themselves. While that is true, we are a civilized nation and a nation of laws. We do not determine guilt or innocence by seeking retribution through retaliation. That’s what sets us apart from other countries that are not civil. These matters are for police to investigate and for a court of law to determine guilt or innocence. So called street justice will not be tolerated.