One Dead, Another May Die. 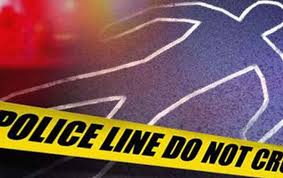 Montgomery police are investigating a double shooting late this afternoon.

The police found an adult man shot to death and an adult women suffering from a potentially fatal wound. She was taken to a hospital. it happened in the 900 block of Maxwell Boulevard near the Salvation Army shelter at about four o’ clock this afternoon.

Officials say they don’t know what prompted the shooting and no arrests are reported.