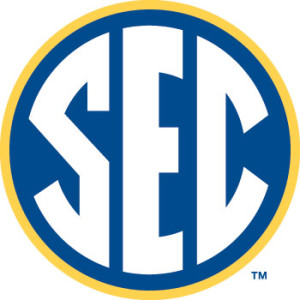 Eleven Southeastern Conference football teams learned their post-season bowl destinations on Sunday, including No. 1-ranked Alabama which will play No. 4 Oklahoma in the Orange Bowl on December 29 in a semifinal game for the College Football Playoff.

Georgia will play in the Allstate Sugar Bowl on January 1 against Texas.  In the contracted New Year’s Day game between the SEC and Big 12, the SEC places its conference champion in the Sugar Bowl, or the SEC team that is highest ranked in the CFP standings who is not otherwise selected for the CFP Semifinals.

In other CFP New Year’s Six Games as determined by the CFP Selection Committee, Florida will play Michigan in the Chick-fil-A Peach Bowl and LSU will face Central Florida in the PlayStation Fiesta Bowl

Next, the VRBO Citrus Bowl selected Kentucky from the SEC to play Penn State.

This marks the fifth year the conference has assigned league schools to an “SEC Bowl Pool” that includes the Academy Sports + Outdoors Texas Bowl in Houston, the Franklin American Mortgage Music City Bowl in Nashville, the Belk Bowl in Charlotte, the AutoZone Liberty Bowl in Memphis, the TaxSlayer Gator Bowl in Jacksonville and the Outback Bowl in Tampa.

“The SEC Bowl Pool participants are determined after conversations with bowl partners and discussions with school personnel in order to create a lineup of compelling bowl games for our teams and their fans,” said SEC Commissioner Greg Sankey. “This process, as approved by the institutions of the SEC, provides an opportunity to create intriguing matchups and varying assignments to help prevent repetitive postseason destinations.”