Air Force Might Have Prevented 2017 Mass Murder at Texas Church

Air Force failed 6 times to report Texas church gunman, allowing him to buy the guns he used to kill 26 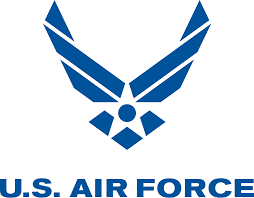 (Link to report is below)

HOUSTON (AP) – A new report finds that the Air Force failed six times to report information that could have prevented the ex-airman who killed more than two dozen people in a Texas church from purchasing a gun.

The Department of Defense’s inspector general released its report Friday about how the Air Force’s systems failed in the case of Devin Patrick Kelley, who carried out the November 2017 massacre in the tiny town of Sutherland Springs.

Kelley served almost five years in the Air Force. During that time, he was court-martialed for assaulting his wife and stepson yet was able to purchase four firearms after his conviction.

The report says Kelley should have been fingerprinted four separate times and had those fingerprints submitted to the FBI. The inspector general also says the Air Force missed two opportunities to submit its final investigation report to the FBI.

The Air Force said Friday that “corrective action has already been taken.”